The fire triangle theory graphically illustrates the 3 (three) factors essential to start and sustain a fire.

In other words, to start a fire, there must be fuel and oxygen, together with sufficient heat to bring the fuel to the temperature at which it will combine chemically with the oxygen and burn. No two of the three factors will produce a fire in the absence of the third factor.

A simple illustration of the process of starting a fire is provided by striking a match on a rough surface. Before the striking, the match head is at room temperature and is surrounded by air (which contains 20% by volume of oxygen). The act of striking the match head against a rough surface generates heat in the tiny area which is abraded by the rough surface. The amount of heat generated is very small. You can check this yourself by running your finger for 1-1.5 cm along a rough surface at a similar speed and pressure to those involved in striking the match. This example shows how easily a fire can be created. This is why whenever fuel, oxygen and heat are close proximity, they must be kept apart to avoid accidental fire.

The fire created by striking the match can usually be extinguished by holding it upright. The fuel source is then below the hot area in which the flame sits. Heat travels upwards and the match usually goes out because the unburnt match is not heated enough to sustain burning.

As a second illustration, what happens when you light a candle, stand it upright on a flat surface and cover it with glass tall enough to clear the flame but having a flat rim which will rest on the flat surface on which the candle stands? The flame shrinks and goes out.

As a final illustration, if you ignite a small screwed up piece of paper placed on a flat incombustible floor in a still atmosphere, the paper will burn away and the fire will go out.

Example of the principal sources of such accidental fires are as follows: 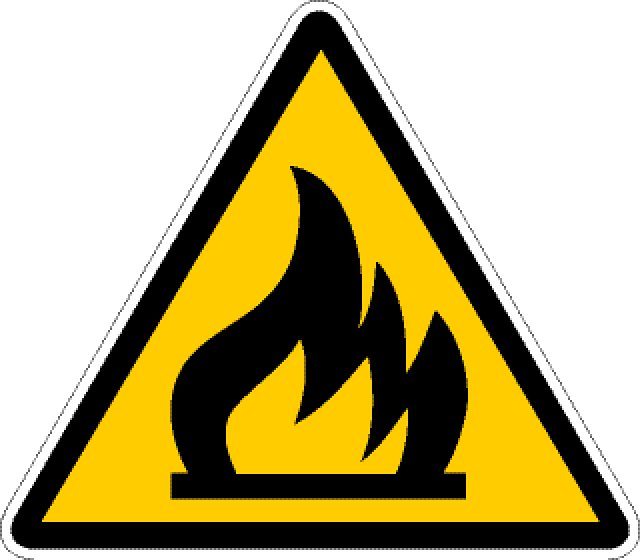