Both PAR (Property All Risks) and IAR (Industrial All Risks) which categorized as “all risks” policy, provide “unforeseen”, “sudden”, and “accidental” damage or “physical loss” other than specifically excluded in the exceptions.

In the Munich-Re standard/original PAR/IAR policy wording, Act of God is not stated as an exception. Then all kind of Act of God actually is covered under this policy. In the example, when the flood happened to result in the damage on stock-in-trade (including stock stored in the open area), the insured can propose a claim to the insurer.

One of the few exclusions concerning with accidental events due to weather condition is “pollution” which described at Special Exclusions to Section I (One) Point 2.6 : “The insurer(s) shall not be liable for loss destruction of or damage to the property insured directly or indirectly caused by or arising out of or aggravated by pollution or contamination, unless caused by fire, lighting, explosion, aircraft or other aerial devices or articles dropped therefrom, riot, civil commotion, strikers, locked-out workers, persons taking part in labour disturbances, malicious persons (other than thieves), earthquake, storm, flood, escape of water from any tank apparatus or pipe or impact by any road vehicle or animal.” Also at point 2.9, it was stated that the change of temperature or humidity (as a natural process) is excluded from PAR/IAR policy.

By this fact, the carelessness of underwriters in attaching TFSWD (Tempest-Flood-Storm-Water Damage) Endorsement would not happen if this clause was used in the proper place (such as at fire insurance policy) as an extended clause. As we know that the PSAKI (Indonesian Standard Fire Insurance Policy) generally excludes catastrophic risks, such as Act of God (see in Chapter II The Exclusion of PSAKI). As a contrary, while this clause is used as an additional clause in Munich-Re standard PAR/IAR wording, the coverage is actually not wider than the standard coverage. We can see the TFSWD Endorsement which contain exclusions (at Point 2) as follows :

Thereby, when the insurer meets the insured who need to cover any properties from Act of God perils (under Munich-Re standard PAR/IAR policy), it doesn’t need to attach the TFSWD Endorsement. However, in Indonesia market, the earthquake risk must be excluded from PAR/IAR policy and distribute to the Earthquake Consortium (in this matter MAI PARK). If the underwriters attach this clause, it means that the insurers want to restrict Act of God risks under PAR/IAR policy. So, don’t make unnecessary mistakes that can create a potential conflict between the insured and the insurer when a claim arises. 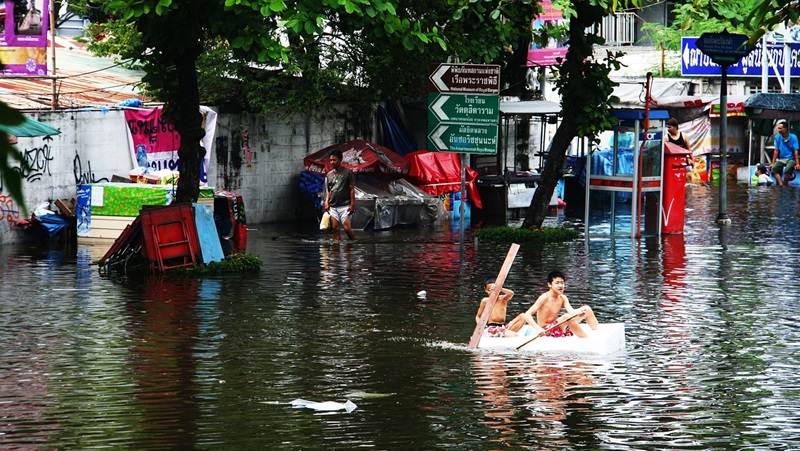