Earthquakes and tsunami that hit the cities of Palu and Donggala, Central Sulawesi Province, Indonesia (September 28, 2018) have shocked all of us where was the previous earthquake event occurred in Lombok, West Nusa Tenggara, Indonesia, in the adjacent time span.

Indonesia’s geographical position in the ring of fire causes the buildings located on the earthquake path to be always exposed to the risk of damage due to the earthquake. With the type of claim that is catastrophic, the insurer must be careful to accept this risk. One of the methods applied by underwriters is by attaching the “72 Hours Clause” that has been stipulated by default in the Indonesia Earthquake Insurance Standard Policy (PSAGBI) wording.

The following is the contents of the 72 Hours Clause mentioned in Article 22 of PSAGBI:

“Each occurrence of loss and or damage caused by a single constitution a single claim hereunder provided that if more than 1 (one) event shall occur within a period of 72 (seventy-two) hours as from the first occurrence, such events shall be deemed to be a single event within the meaning hereof”.

Perils covered in the PSAGBI wording are stated in Article 1, “This Policy covers loss or damage to the property and interests insured directly: (1) Earthquake (2) Volcanic Eruption (3) Fire and Explosion, and (4) Tsunami”.

In several other policies, the 72 hours clause was modified to explain that the events occurred after the expiry date of the insurance period stated in the policy schedule declared to be terminated. So that if the clause is 72 hours, the underwriter will remain liable up to a maximum of 72 hours after the end of the insurance policy subject to the earthquake or tsunami occur before the end of the insurance policy period. This is as stipulated by Raheja QBE General Insurance Company Ltd., India, which states, “Insurers shall not liable for any loss caused by the earthquake occurring before the effective date and time of this policy for any loss commencing after the expiration date and time of this policy. However, the insurer will be responsible for the policy, provided that the damage is prior to the date and the time of the expiration of this policy. Any and all losses caused by earthquake shall constitute a single loss hereunder provided that more than one earthquake is occurring within seventy-two (72) hours of insurance”.

Example of Claim Calculation with the Provision of 72 Hour Clause

For example, a customer in Palu city has purchased an earthquake insurance policy with a TSI (Total Sum Insured) of IDR 500 million. Due to the first earthquake that occurred on Friday, September 28, 2018, there was a partial damage of about 50% of the TSI. The second earthquake occurred on Saturday, September 29, 2018, which resulted in the remaining 50% of TSI was partially damaged by 30% of 50% of TSI. The deductible value for the earthquake peril that applies in Indonesia is 2.5% of TSI (for coverage up to USD 100 million). So with the rule that the occurrence of the first and second earthquakes occurred is still within a period of 72 hours then the deductible value applied is 2.5% of TSI. So that the claim settlement to the Insured becomes as follows:

If the first earthquake and second earthquake are separated by more than 72 hours with the same level of damage as in the first illustration above, the calculation of claim settlement will be as follows:

From the above calculation, it can be seen that if a second or third earthquake occurs after 72 hours from the first event and the deductible value will be charged 2 times the compensation value is smaller than the first illustration.

One of the perils with the greatest level of severity in Indonesia is the earthquake and tsunami due to the potential value for large losses. In this case, the insurance companies implement a reasonable deductible to prevent the big losses suffered by the insurer as a result of a series of consecutive and catastrophic events in a wide area. 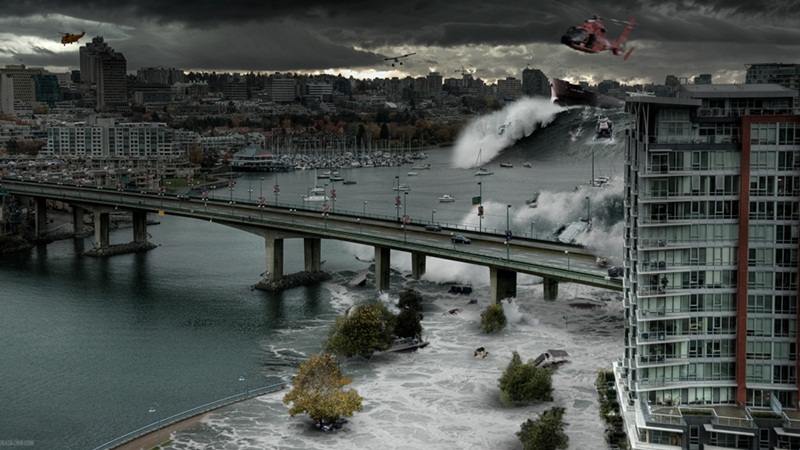